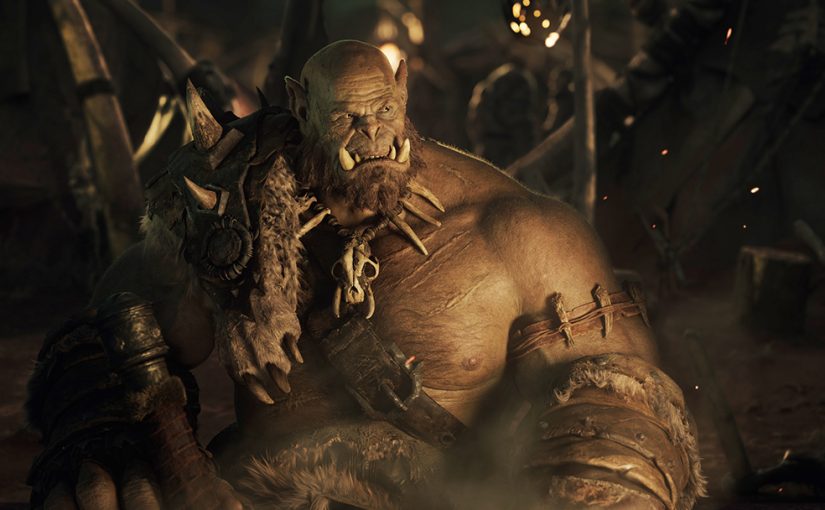 Tolkien made no difference between Orcs and Goblins, but I grew up with Warhammer. I’ve read some great ideas about goblin biology over the years (the Goblins from Goblin Punch: manic, masochistic, utterly alien biology.) But while I was thinking about all that, my mind wandered to how goblins, orcs, whatever, all fit in my understanding of threat in a dungeon system. IE: How likely am I to go “oh crap” depending on what I’m facing?

After some thought, my underground pecking order goes:

Goblins are shit and nobody likes them. They breed in dark, wet places (read: every dungeon ever) and have an ecosystem based around “steal your stuff and cause a nuisance”, making them difficult to avoid. Skeletons (i.e. undead, but olllld undead) aren’t a big deal either, but their presence suggests a bigger problem (a necromancer.)

Gnolls and zombies are practically the same as goblins to me, but slightly more powerful. Minions are easy to kill, but might not deserve death: a rebel worker, a duergar slave, an orc whelp, a goblin thinker. They present, in their sad, sympathetic way, a challenge; a choice; a question. Did they deserve to die? If you let them live, will they double-cross you?

Bandits and Bugbears (there’s a title for your next fantasy heartbreaker!) are either bosses for the little guys, or elite versions of them. Most of this elite-ness comes from their improved intelligence. For some reason, to me (I blame World of Warcraft) Orcs don’t fit in this category for me personally; I assume they do for veteran players and DMs.

Wights and Ghouls go in the same category; I think the factor that links them all together is the presence of some kind of significant intelligence, beyond raw animal cunning. If you’re looking for something to blame for all this, start with these guys. (Blaming goblins for that gaping wound in your chest is like blaming a puddle for your wet feet: why’d you step in it in the first place, dumbass?)

What were we up to? (Ogres, Orcs, Duergar > Drow, Lich > Everything Else)

After some experimentation in my current game I’ve come to the conclusion Ogres can largely do one. Ogres are stupid humans, or small giants. The modern, post-World of Warcraft zeitgeist assumes Orcs == Klingons. Proud, powerful, equal to humans, our barbaric mirror. Ogres feel like a cheap substitute right now, by comparison. So I include ogres in this list only to highlight that orcs are just as powerful, and more interesting, and you should just use an orc.

Duergar (sp?) are something I’ve not used yet, to be honest – too keen in previous campaigns to make up my own special snowflake enemy. But right now they feel like they’re in the same boat as orcs, because both races are at least as powerful as humans and use raw might and toughness to achieve their goals. Thus, both seem about as threatening, because all things being equal you’ll combat them in the same way (hitting them harder than they hit you; or fighting smart; or using magic. Or something else I guess I dunno.)

Drows and Liches: So if orcs and duergar are “might is right”, these guys are the opposite. I guess you put something like Strahd in this boat as well. We’re pretty heavily in the solitary, singularly-powerful opponent at this stage (albeit with creeps from lower in the pecking order as backup.) We’re kinda getting close to Smaug here as well, as in these creatures have human-and-beyond intelligence; they can be bargained with, they can be convinced of other intentions, because they want things in the same kind of way we want things. (An orc – maybe a duergar? – probably can’t be convinced to back down, because our expectation is this particular NPC actively wants to fight to the death.)

Everything else: Trolls, Dragons, Black Puddings, Beholders, other things Gary and co made out of plastic dinosaurs and glitter in the 70s… these things are singularly scary to PCs. We (well me, I don’t speak for y’all) don’t put a dragon in the first room of a dungeon, and in fact lots of people don’t put dragons anywhere even though they’re in the name of the thing, because they’re “the boss”, they’re big and scary and need to be saved for a special occasion. I’m writing it this like I disagree, I guess that’s something to write about another time. Anyway suffice it to say they’re top of the pecking order; anything else in the list either serves them, or is smart enough to avoid them.

Sidenote: one thing I love about Veins of the Earth is it flattens this scale in a way that feels realistic. Everything is dark and alien and non-euclidean, there’s so much weirdness that echoes the region. The people aren’t people, they’re monsters presented with a culture, but that culture is only vaguely parallel to ours. It’s relatively easy to comprehend this culture when you’ve read it in the book a few times; but it feels like it’ll confound players time and again.

Let’s finish this off with how I would stat up Orcs for 5e:

The smallest, fully grown, is 8 foot tall. Built like standing apes: huge arms and hands, small waists and legs. Sometimes hunched, the better to navigate the dark. Brow swooped like a neanderthal, but eyes bright and shiny and softened, like worn leather. Alert.

Can make a plan and stick to it as well as the next man, elf or dwarf. Everyone’s a fantasy racist I guess, it’s rare for orcs to play nice with others. (I’m not here to validate your next special snowflake PC who’s orc Drizzt’do’urden, but if that’s your bag, I won’t stop it.)

Tend to operate fairly independently. They’re good at bossing goblins around, because of course they are. I like the idea of a trio of named orcs causing as many problems in a dungeon in three months as a lich can do in 3 decades, just because they’re blunt and direct and tough enough to get shit done.

Attributes as Ogre, if you need any. (I GM fast and lazy, and usually assume all monster stats are 10 with appropriate advantage/disadvantage. Orcs get advantage on STR and CON, and disadvantage on INT and CHA. No disadvantage for WIS, though. Orcs can perceive a hell of lot better than you’d like.)

HD 8 – call it 50hp, on average. ½ damage for bludgeoning (thick skulls.) Bosses would have double. (My players can throw out 25 points of damage in a round each, on average.)

AC: 18, or as plate. Again, thick skulls, plus they might actually be wearing plate. If they’re not, change to taste.

Special: A PC reduced to 0hp by an orc within 5ft loses a small body part, permanently – an ear, an eye, a finger etc. Orcs like trophies. [This sets Orcs apart from lesser creatures – the Orc makes it personal.]

Orc names: range from typical fantasy Orcish: Rakbaz, Bogkop, Skula – to titles: Brokenback, Tarhide, Ol’ One Eye. Or maybe your players just come to know one as “that prick who stole my eye.”

Culture: Generally we only see male (or “it”) representation for orcs. This writing is more about how orcs might slot into your dungeon crawl, which means we’re talking about warriors, which means either they’re basically Worf (Star Trek) or Vasquez (Aliens).

The Warcraft movie did an alright job representing orc females and families (broadly: they’re a constant fixture, albeit rarely the main focus; they’re just as capable as males; they’re vital to the community, which itself is perceived as important.) It’s a bit “one step forward, two steps back” though, since we have Garona the stupid sexy half-orc.

Anyway, I dunno. This London-born white boy isn’t the best person to ask. It feels like orcs are a baaaad place to start for exploration of race and gender representation in RPGs, but that’s not to say it’s not worth doing.