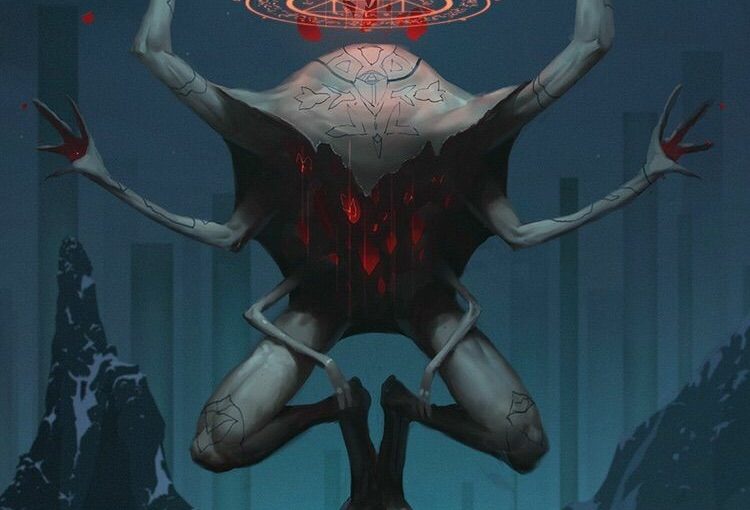 “So how do you market your stuff, Joe?”
“Well, I have a Patreon, which is a bit like Kickstarter but works on a monthly basis. And I usually post my stuff on Google Plus.”
“Google Plus? That’s still going?”
“I know, right? Anyway yeah for some reason it’s where all the RPG people go. It’s alright. There’s a bit on Facebook too but I don’t really use that either.”

“What’s wrong, Joe?”
“Well, I’m kinda sad and confused. This guy said a thing on Google+ and now everyone’s picking sides, and I don’t know what side to pick.”
“OK?”
“Yeah I know it shouldn’t feel like a big deal but it really does. I kind of like the guy, and respect his work – you know the one, I’ve got a ton of his books over there. But he’s kinda made a rod for his own back with this thing and it’s not the first time. I dunno. All I wanna do is feel good and write stuff, but it’s like to do this I gotta put up with a load of crap on Google Plus.”
“Oh, OK.”
“Yeah I know. It’s like, it’s Google+ FFS. What’s next, I feel bad cos someone called someone a prick on Bebo? I don’t know. It just bugs me, and when I’m bugged I don’t wanna write stuff.”
“Well I don’t really have an answer for that. I hope you feel better soon.”

That kind of sums up the two most common conversations I ever had with the outside world about Google Plus. Did I meet some cool people? Sure did. Did it help me feel better about myself? Sort of…? Like, there was that one time Sage posted all his circles online and I happened to be one of them because I wrote a free adventure about boats, so I got like 600 followers in 24 hours and suddenly felt like an internet celebrity. That was pretty cool, in a selfish and ephemeral kind of way.

Did I feel like I ever belonged? Not really. I mean, I’m bad at posting regularly. I’m only writing this much because Patrick Stuart did it and I respect who he is and what he does. I feel like most of my writing is basically that, an attempt to emulate the best of other people. Sometimes I get something out of that, but I’ve not found my own voice yet.

For what it’s worth: I’m on Reddit (OSR sub and warhammer stuff) Instagram, the OSR Discord and Facebook. I rarely post in any of them, so if you say hi and I don’t reply, don’t take it personal.

You can definitely reach me for business stuff! Email me (online at jbinc.co.uk) or while you still can, ping me on Google Hangouts (I don’t know if it’s disappearing with G+, but I wouldn’t be surprised.) I love talking about games, design and games design. I feel weird reaching out for online games but I’d probably enjoy them, so feel free to ask?

(Also: I mostly read the OSR blogs, reddit and discord, but I run a Dungeon World Patreon, and only play 5e and Warhammer. Yeah.)

I’m resistant to turning on comments, I guess I’d rather have a conversation over social media instead of here? But social media is going elsewhere so yeah. I’ll turn on comments for this one and see how we get on. Oh, I copied Questing Beast and switched to the default WordPress 2015 theme, christ I’d forgotten how nice it looks. (Also: you don’t want to know how much of a faff it was to re-activate links/blogroll in WordPress. But ah well, it’s working now.)

Oh, I’m very very resistant to joining a new social network elsewhere, or going back to Story-games or whatever. Partly because I’m afraid of picking the “wrong” one and being left out in the cold; partly because I don’t post much anyways so it’s not worth the grief; mostly cos I don’t wanna.

Here’s what I’ll miss the most from G+: When a game or Kickstarter I’d never heard of was suddenly all over my G+ feed for 24 hours or so. If I saw the same mystery product linked from 3 or 4 different people with different opinions and views, I knew it was probably worth a read. That said, I’m really struggling to think of something I’ve gotten from that, so maybe it’s not as valuable as I thought? But it was fun!

Well, anyway. I’ll be on G+ for as long as it’s there but maybe I’ll try and post more here and just link it. If I don’t and you want to see more, best thing is contact me and ask. I’ll be on Patreon, and all the other links in the social thingy at the top of the page.

One thought on “The End of Google+”